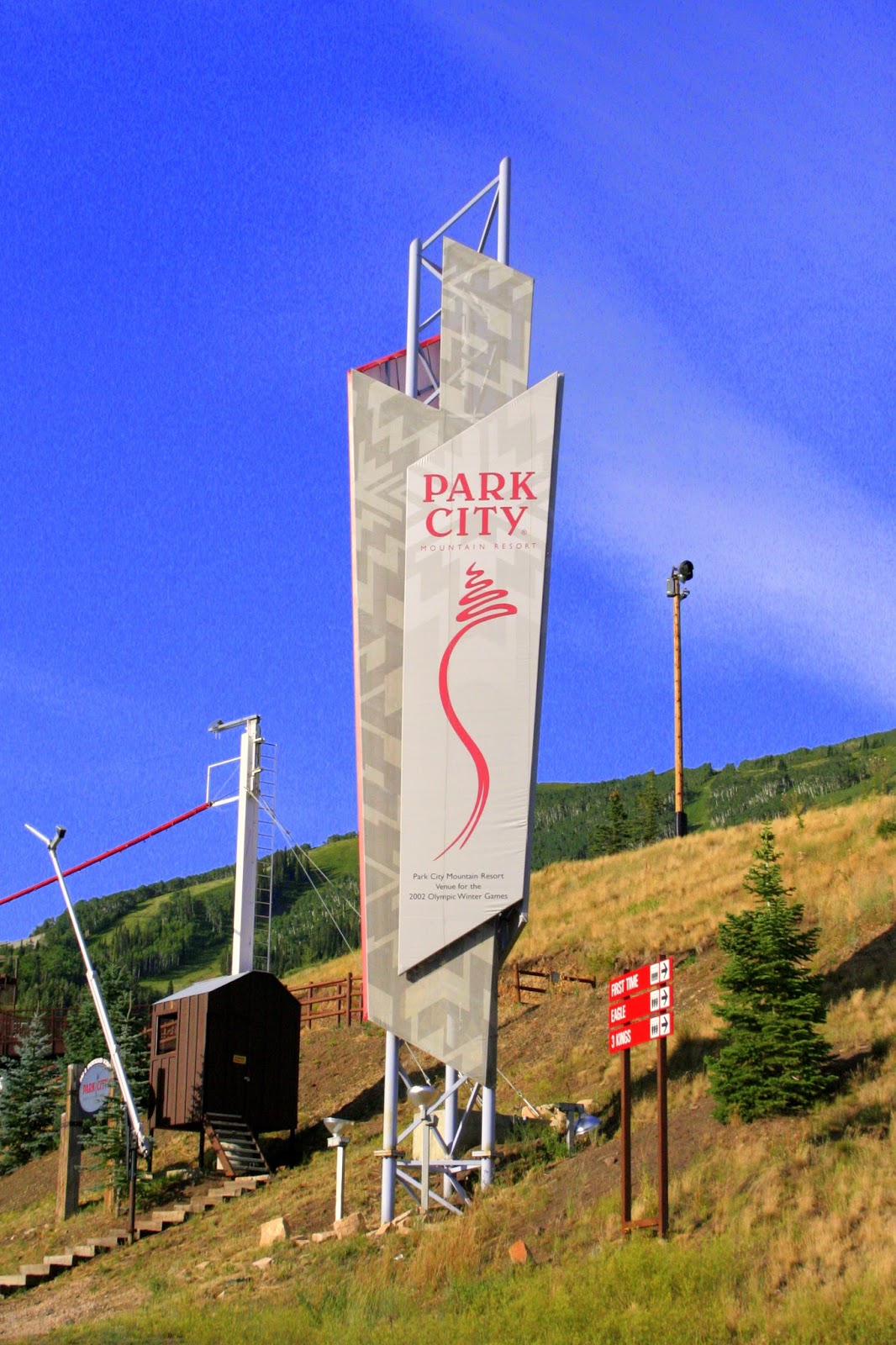 After having a solid race at Table Rock, I was 9th in the La Sportiva Mountain Cup series and thought I had a shot at placing for prize money (top 5) if I went to Utah for the final race in the series, the Jupiter Peak Steeplechase in Park City, Utah. We made a last minute decision to go for it and booked the last flight available. A would-be 2 hour direct flight into Salt Lake City turned into a 2.5 hour flight to Denver and then another hour up to Salt Lake City and in my bed at 2 a.m. Thursday night.

My biggest concern for this race was being at altitude. The start was at 7,000 feet and climbed to over 10,000 feet at the top of Jupiter Peak. The typical formula is train high and race low. Unfortunately, my house in Bellingham, Washington sits at a modest 20 feet. Hmm...this was going to be a challenge.

Friday morning while Tad was out running the course, I tested out a 4 mile jog. Within 45 seconds, my heart was trying to escape the confines of my chest. Hmm...this was going to be a challenge. I walked the climbs and ran back down. Tad finished up a couple hours later and filled me on the infamous scramble. I was nervous about the height and any possible drop-offs. He assured me that it "wasn't so bad." Our plan, then, was for me to lead up the mountain from the start to the top of the second peak and then hopefully open up enough of a gap to be able to finish well.

The gun went off around 8:15am and the climb began immediately at the base of the Payday chair lift. I had a couple exchanges with Emma Garrard who had the early lead and then at 2.5 miles I took the lead and opened a gap. The course was very well marked by the crew and volunteers of Mountain Trails Foundation. I held the lead as we started up the scramble to the top of Jupiter Peak. As it turns out, my fear of the height was a non-issue. Instead, the issue was that my legs suddenly started shaking and decided they were done climbing. My arms tried to pick up the slack as I struggled to get to the top on all fours. Soon, Susan Minneci passed me. Usually if I am passed on a climb, I focus on the person's back and try to maintain contact. Because it was so steep, I was staring at the heel counter of her Hoka's. That was short-lived. I was elated to reach the flag pole marking the top of Jupiter Peak, but my oxygen-depleted heart sunk when I saw Tri-County Peak looming ahead.

The race uses the name "steeplechase' to signify the "hurdle" of peaks as if they were two barriers on the track. Susan had a 30 second lead at this point, but my biggest goal was just to get to the top of the second summit. When I finally crested the top, I was so happy. I could have finished there and been thrilled with my performance. Instead, the actual finish was another 8 miles away.


The first mile of the descent I was just glad to be going downhill, but then 2 miles later, I didn't want anything to do with a hill - be it uphill or downhill. Somewhere in there (things were getting fuzzy), Emma passed me. With 3 miles to go, I latched on to one of the La Sportiva crew. Thank God he was there. I think he was as ready to be done as I was. The two of us almost took out an inconsiderate mountain biker as we bombed down the hill. I followed him all the way to the finish where we hugged and high-fived jubilantly, celebrating that we could stop running and sit down in the shade. I ended up 3rd female (3:48 behind the leader, Susan) and 4th overall in the La Sportiva Mountain Cup Series. Overall, it was a satisfying day. I met many great people, gained a lot of racing experience and won $1,500.

Thank you, again, to the race directors, volunteers and the Mountain Trails Foundation for a well-organized, unique and challenging event. I'm ready to do it again... I just need 364 days to recover. Thank you to La Sportiva for sponsoring some of the greatest trail races in the country through the La Sportiva Mountain Cup Series and for supporting mountain racing. Thank you to Inov-8. My Roclite 268's came through again. They are amazingly versatile, from the rainforest of the Pacific Northwest to the coast of California to the mountain peaks of Utah.

I was right about one thing: it was a challenge!